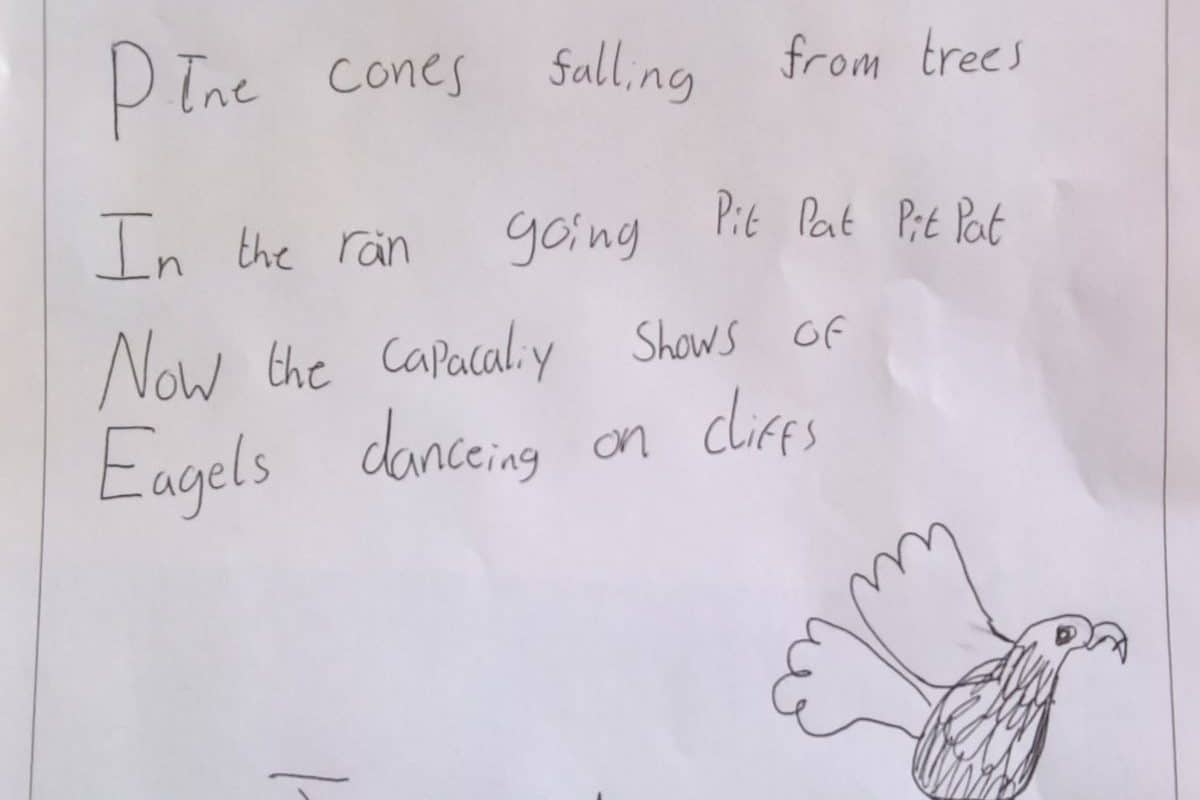 His creative writing skills shone through at the Cairngorms Nature Big Weekend. Alongside tree planting and capercaillie crafts in Carrbridge Village Hall he put pencil to paper to write an acrostic poem.

The activity was led by the Park’s Writer in Residence, Merryn Glover. Her project “Shared Stories: A Year in the Cairngorms” is encouraging people to tell their stories about life in the landscape and alongside wildlife.

Shared Stories: A Year in the Cairngorms

An acrostic poem involves writing one word or more next to each letter in a separate word written vertically. James, aged 9, chose the word PINE ….

Now the capercaillie shows off

Anything that involves being in a pinewood with capercaillie, followed by dancing eagles on a cliff gets our vote. Well done James!

Next stop … an acrostic poem with the word CAPERCAILLIE?

This site uses Akismet to reduce spam. Learn how your comment data is processed.