Much work was needed to gather up to date and accurate data on these trails, especially those in sensitive capercaillie areas – so we were pleased to be joined by Douglas Carchrie, our Mountain Bike Trail Intern, to carry out that work. As we say farewell to him at the end of his internship, he explains a bit about his job and the experiences he had along the way…

For the past few months I’ve been mapping the informal mountain bike trails in Badenoch and Strathspey. This has involved covering over 250km of single track trails, forest roads and paths during the autumn and winter months. This fieldwork allowed me to create the most accurate map possible as well as identify what sort of condition these routes were in and what habitat these routes travel through.

The data that has been collected has been used to create maps for the Trail Feathers group to use; a group of local mountain bikers who’ve been working with the Cairngorms Capercaillie Project for over a year now. You can find out more about the group and their work here.

Having access to accurate maps and data will now allow the group to make more informed decisions regarding mountain bike trail use, development, maintenance and the promotion of trails, especially during sensitive times of year for capercaillie.

A large part of my role has been working closely with the Trail Feathers group and with Ruari Watt, Highland Development Co-Ordinator from Developing Mountain Biking in Scotland. I’ve really appreciated being able to work through the whole process – from collecting data in the field, analysing it, creating maps and then discussing these with the group to help them move things in the best direction they see fit.

One of the highlights of my time with the project was early on in my field work, when I was riding a trail that had been identified as a potential issue due to its close proximity to a number of capercaillie lek sites. I found a large male capercaillie tail feather on the path – a sure sign that there were birds in the area. It made me realise the importance of the work I was undertaking, and that it could play an important role in how we think about recreation and the conservation of vulnerable species such as capercaillie.

I have thoroughly enjoyed my time working on the Cairngorms Capercaillie Project and the opportunity to work alongside people who are truly invested in helping to find ways for everyone to enjoy the National Park and protect the endangered wildlife that lives here. I look forward to seeing how my work is used in the future.

Thank you Douglas, from the whole Cairngorms Capercaillie Project team! 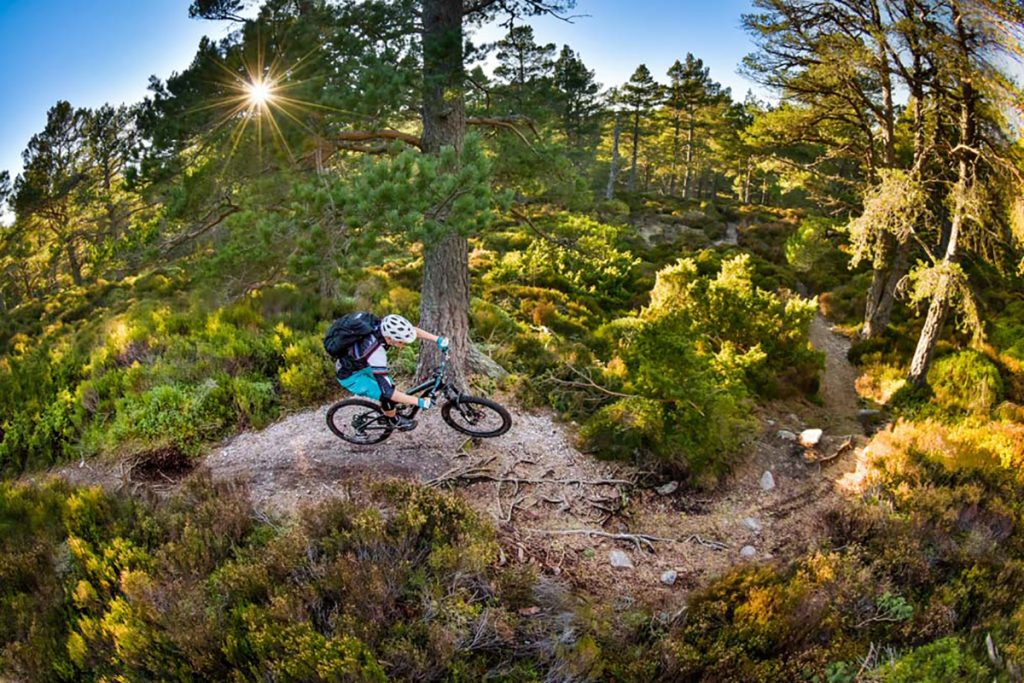 New powers to mountain bikers to help save capercaillie