Exploring innovative ways of working is at the heart of the Cairngorms Capercaillie Project so we’re delighted to be working with scientists at RZSS WildGenes to develop and pilot a new way of monitoring the UK’s capercaillie population.

Capercaillie are at risk of extinction in the UK. To help, we need to be able to monitor local populations more accurately. Capercaillie are traditionally counted by surveyors who rely on being able to see the birds; but we can’t see them all. Together with the Royal Zoological Society of Scotland (RZSS), the Cairngorms Capercaillie Project is exploring a method of surveying the birds using their droppings.

Droppings collected from capercaillie lek sites this spring are now being analysed in the RZSS WildGenes Lab at Edinburgh Zoo. Using the DNA in the droppings, scientists can then tell us how many male and female capercaillies visited the lek.

Strict protocols are in place for all capercaillie monitoring methods to minimise disturbance to the birds as traditional methods rely on physically seeing the birds. In contrast, genetic material, in this case droppings, can be collected later in the day once birds have safely dispersed from their lekking areas.

As part of the Cairngorms Capercaillie Project, the RZSS WildGenes team have also been carrying out other exciting work to analyse the genetic diversity of the UK capercaillie population. You can read more about that here. The results of this work will be published this autumn, as well as updates on the progress of the pilot genetic lek survey, so watch this space … 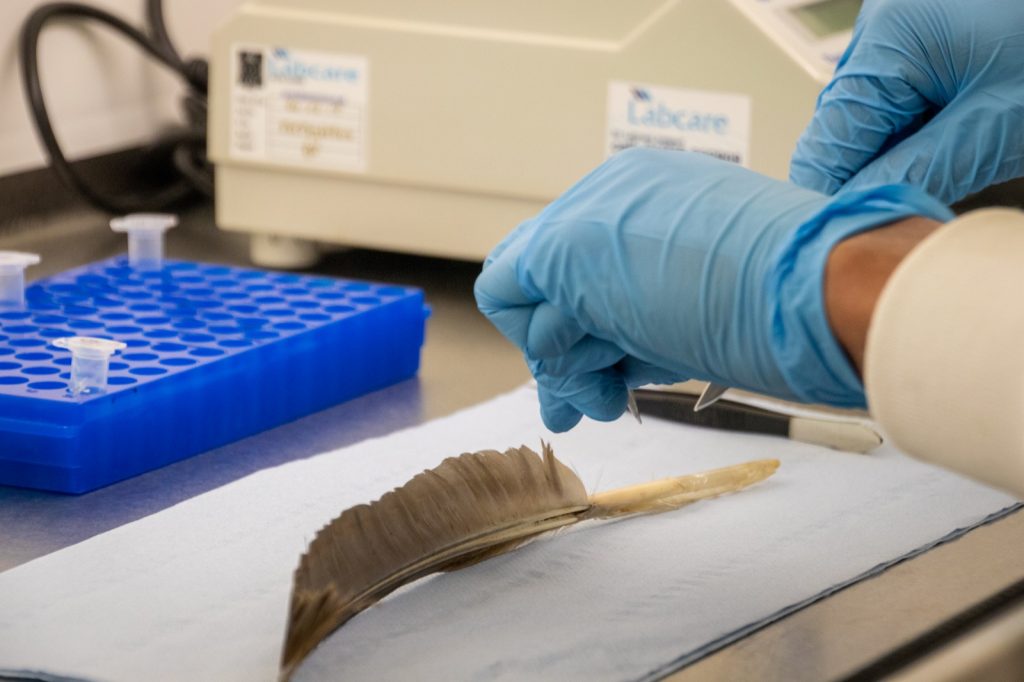 Ground-breaking genetic research to help save capercaillie in the UK