It has been, as with so many other people, personal contact with the “jeroboam of British birds” (coined by Duff Hart Davis in 1999) that drives my determination that it must thrive into the future.

I was fortunate to see my first capercaillie in Glen Tanar in 1992 – the then head keeper (and capercaillie enthusiast) Jimmy Oswald organised capercaillie counts with us students, driving the birds through sodden, magnificent juniper and pine woodland to a line of folk that had pen and paper in hand rather than guns. I have since been lucky enough also to census these birds in Strathspey and Deeside using pointing dogs.

Years later, I was nearly startled out of my wits in Sweden when, as I was radio-tracking willow grouse, an unseen capercaillie cock launched himself from under my feet. As if karma had struck for my carelessness, weeks later I was attacked by another cock capercaillie as I walked down a forestry track – he won and I retreated. The males of this species can be notoriously territorial and, in times when the birds were more plentiful, so too were the aggressive ones! Such encounters make for memorable stories. Capercaillie – of any age, gender and emotion – are magnificent birds both aesthetically and in character.

Such moments alone would be enough to drive a desire to see their survival – but there is a sad flipside that also fires my concern. I have found capercaillie dead at their lek, emaciated and without head feathers that were scratched away with the heavy tick burden. I knew of the hen capercaillie at the hill of Bennachie in Aberdeenshire, so lonesome that she’d begun making friends with humans. I worked with the conservation staff from the Game & Wildlife Conservation Trust (GWCT), Royal Society for the Protection of Birds (RSPB) and Scottish National Heritage (now NatureScot) who monitored the slow decline to extinction of the capercaillie in its Loch Lomond Special Protection Area.

The remarkable debate in the House of Lords in April 1999 (Capercaillie (Hansard, 28 April 1999) (parliament.uk)) also illustrates why I was so keen to give time to the Cairngorms Capercaillie Project board. By the 1990s it was clear that capercaillie in the UK were heading into very dangerous waters, and the Parliamentary debate describes the drivers of decline: Habitat loss, disturbance, predation, climate. No speaker was indifferent to the matter, and all wanted to ensure these birds did not go extinct. Yet the solution being considered 23 years ago, legal intervention through Special Protection Areas, and protection schedules, have perhaps served only to slow the decline rather than improve the birds’ fortunes.

In contrast, the National Lottery Heritage Fund-backed Cairngorms Capercaillie Project was, and is, a pragmatic opportunity to undertake practical contemporary conservation. The project’s focal points have been woodland management, the reduction of pressure from predation and human disturbance, as well as raising awareness of the species and of the need for these actions to help it survive. The project has helped communities – both of place and interest – to engage, learn and undertake work to secure the future of the UK’s capercaillie population in their last remaining stronghold: the Cairngorms National Park.

When I joined the Project Board, I knew that more actions for capercaillie conservation exist and are needed than this project alone can support – see more in NatureScot’s recent science review. But I wanted to support the project because some practical good would be achieved, and it would raise the profile of the species. The project has also been an important under-pinning for critical future capercaillie conservation actions by land managers, the public and policymakers. Saving a species from extinction requires maximum effort, and a jeroboam of something will certainly have been earned by this project and its partners, if future generations can still be awed by one of the biggest characters in our forests.

Dr Adam Smith has degrees in biogeography, ecology and zoology and has been fortunate to work in Scotland, England and Scandinavia. He has worked in conservation research and policy for 30 years, nine of which were spent as Game & Wildlife Conservation Trust (GWCT) Director Scotland. Currently – as well as being a Project Board member on the Cairngorms Capercaillie Project – he is involved with the family horticulture business, the GWCT’s Auchnerran Farm in Deeside and chairs a co-ordination body for Scottish land management organisations.

Posted in: Project board 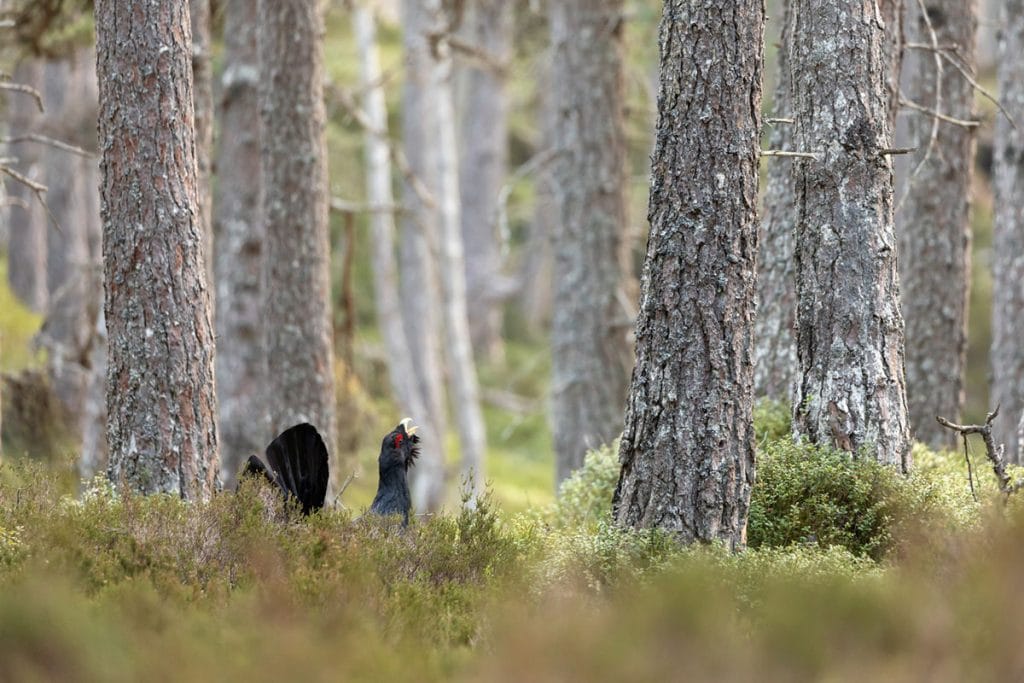 Read the latest meeting notes from the Project Board