Capercaillie need quite specific conditions in order to thrive, and in Scotland these conditions can be found in the greatest abundance in the Cairngorms National Park. This would certainly explain why over 80% of the UK’s capercaillie population now live here. However, some of the pine forests that capercaillie love – though large – are now separated from other forests, which is a contributing factor to the birds’ decline. For this reason, creating and improving habitat is a big part of the work we do with our partners in the Cairngorms Capercaillie Project.

But why is it that the conditions in the Cairngorms are so favourable for capercaillie? Why are things like blaeberry (Scotland’s answer to a wild blueberry) and lots of shelter so important?

To dig a little deeper into the capercaillie world, we decided to do a little Q&A with some experts: our Capercaillie Advisory Officer, Molly Doubleday, and Colin Leslie, Environment Forester at Forestry and Land Scotland (FLS) – one of our project partners.

What makes the ideal capercaillie habitat?

Colin: “That’s an interesting question as we often equate capercaillie habitat with really ancient, fairly untouched scots pine forests – and while that is clearly an important habitat, capercaillie also use many other habitats at various points in their lifecycle. In FLS we feel that the mix of habitats in many of our forests gives the birds everything they need. Mature trees provide roosting and lekking (mating) areas. If thinned properly, plantation scots pine can provide excellent blaeberry cover and young needle growth, which are both great food sources. Cover from very young trees and heather or juniper bushes also helps the birds hide from predators.”

Molly: “Capercaillie need extensive areas (i.e. minimum 100 hectares) of Scots pine-dominated woodland, and for the forest floor to be either blaeberry-rich or boggy. Adult capercaillie feed on pine needles for much of the year (mainly autumn and winter), but in summer they take advantage of the blaeberry. This plant is important when the hens rear their young, as chicks feed on insects for the first 4 weeks of their life, which are often found on blaeberry and bog plants.”

Why is this all so important to capercaillie?

Colin: “While each of these habitat types is important, it is the combination of them all that really helps capercaillie as they have opportunities to move around the forest to make use of whatever they need throughout their annual lifecycle. As we have relatively low levels of forest cover in Scotland, it’s important we manage this limited resource to maximise the wide variety of habitats throughout our forests.”

Molly: “Beyond habitat, capercaillie face a number of threats in Scotland, including predation, disturbance, collisions with unmarked deer fences and cooler and wetter springs/summers, caused by climate change, which can cause chicks to become hypothermic. Establishing large areas of suitable habitat can help mitigate these threats. What will really help is areas of shelter and shorter undergrowth to reduce the impact of wet springs/summers, and offer more places for birds to hide from predators or human activity. In that sense, promoting suitable connected capercaillie habitat is vital in order to safeguard this species’ future in Scotland.”

Can capercaillie thrive in non-native forests, like Sitka Spruce plantations?

Colin: “We have found birds using forests composed of Sitka Spruce and Lodgepole Pine, but these habitats aren’t optimal for capercaillie. These types of forests often suppress ground vegetation and stunt the regeneration of native trees. So while there can be some benefit, for instance providing cover in dense thickets, FLS aims to remove most non-natives from our key capercaillie forests and maximise diversity using native species.”

Molly: “Non-native conifer forests tend to be very dense and that limits the sunlight getting through to ground level, which in turn limits the growth of important food sources like blaeberry. This dense structure can also be less favourable for lekking, as it reduces visibility of the male’s displaying! Because of this, if non-native pinewoods are used by capercaillie it’s usually in winter, when they’re not breeding.”

What’s the biggest habitat-related issue facing capercaillie – and is there anything that can be done right now to mitigate or improve things?

Colin: “Capercaillie need that wide space and mix of habitats. As I mentioned before, the issue in Scotland is that we have relatively low levels of forest cover and our forests have become disconnected from each other (or ‘fragmented’). This, coupled with growing pressure for recreational use, can often leave the birds with nowhere to go – so it can impact their survival and productivity. A major expansion of native woodland cover throughout the Highlands would help reconnect these forests (and the currently isolated populations of birds). This would not only benefit a number of other species, but would also provide the room that capercaillie need to flourish – as well as contributing to many other important objectives, such as storing carbon and helping the rural economy.”

Molly: “As well as creating more habitat, current habitat can be improved for capercaillie, through some of the following options –

Molly: “It’s important to plan habitat management – especially larger scale forestry works – carefully around the capercaillie breeding season (April-mid August), to prevent disturbance. This is in line with the law which protects capercaillie under the Wildlife and Countryside Act 1981, meaning it is an offence to ‘intentionally or recklessly disturb breeding capercaillie’.

As Capercaillie Advisory Officer I work closely with land managers to ensure that disturbance is kept to a minimum, while allowing beneficial habitat management to continue. To do this you need careful spacing and timing of work, which is planned with regulatory organisations including Scottish Forestry and NatureScot.”

Colin: “As forests establish and regenerate, capercaillie will move into these habitats. This is already evident in areas within the Cairngorms National Park that have seen an increase in capercaillie numbers following significant regeneration of the pinewood habitats.”

Bonus question! How does our forest management (in capercaillie areas) compare to other countries that have capercaillie?

Colin: “Again I would look at forest cover as the defining factor. The UK has approximately 13% forest cover, whereas countries like Sweden have around 68% and Finland 73%. So in Scotland we are trying to fit in all the modern demands for forests within a very small area and it becomes very difficult to balance those objectives. A significant increase in forest cover would certainly provide new habitat opportunities for many species, including capercaillie. This would also reduce interactions between humans and capercaillie as people would be dispersed over a much wider area, significantly reducing disturbance.”

Molly: “I don’t have a robust answer to this – though it’s worth noting that outside Scotland, capercaillie aren’t always legally protected, nor as well monitored across their global range, so it’s not always easy to get a 100% accurate picture of what’s going on. They do seem to be declining in other temperate areas of Europe though, so perhaps they are encountering similar threats. This is only my speculation!” 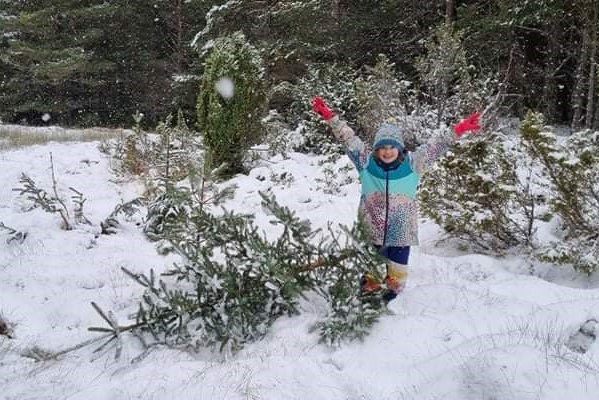 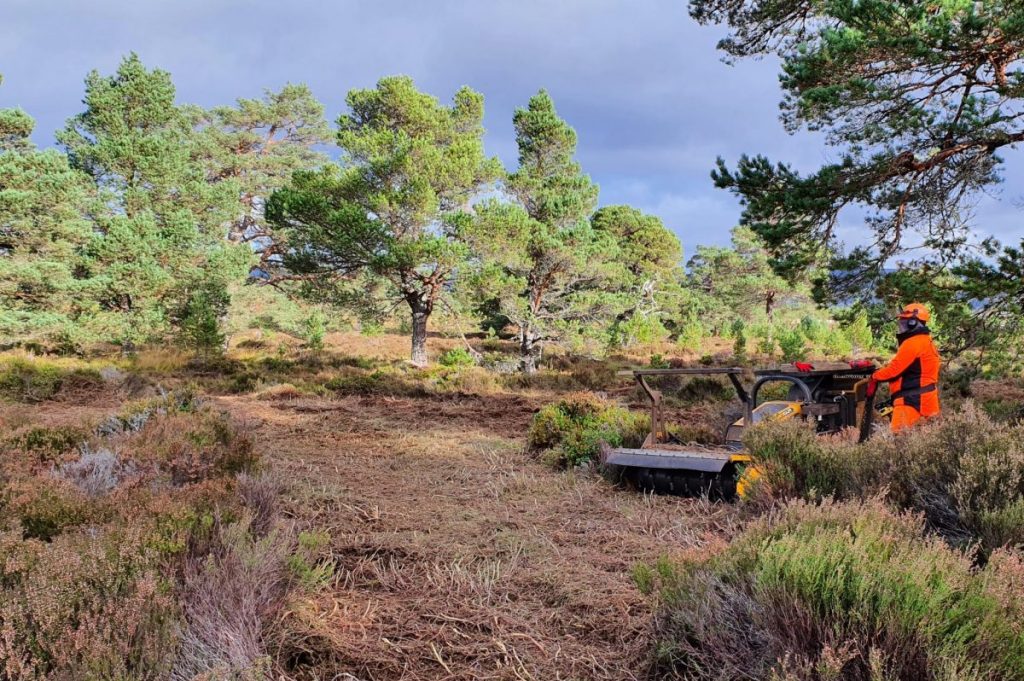 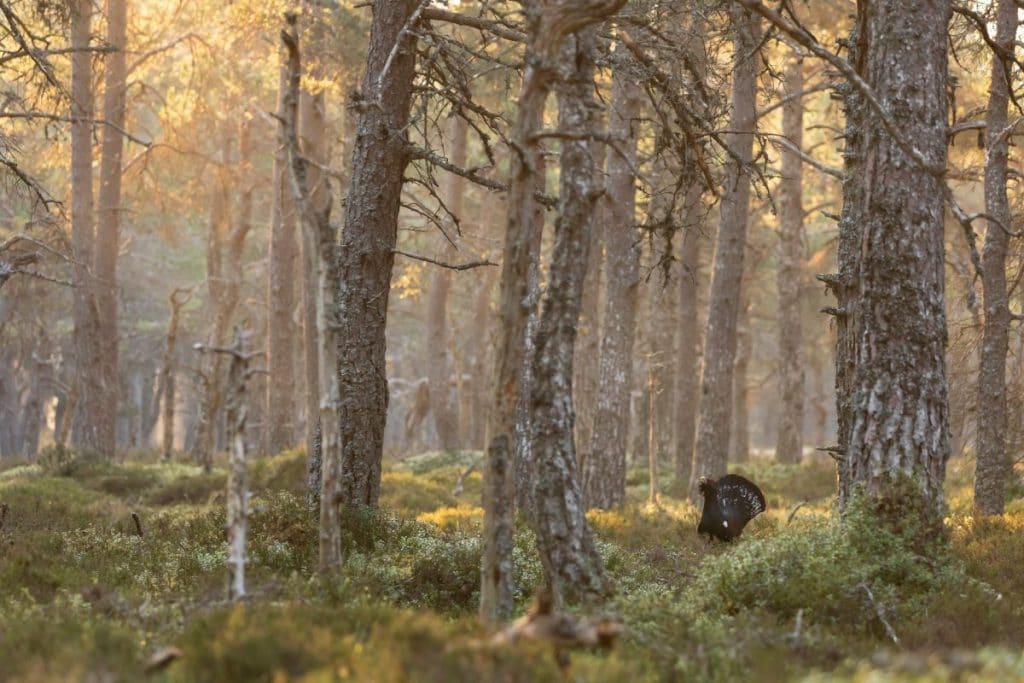 Insights from our project partners at Seafield & Strathspey Estates